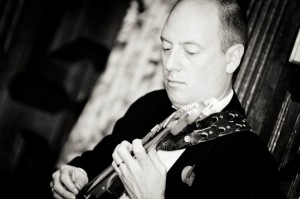 Mike Eaves is an accomplished musician, teacher and composer. He comes from a musical background and has been playing the guitar for over 30 years. Throughout his childhood Mike received expert private tuition from several renowned teachers including John Etheridge, Cedric West and Phil Lea to name but a few.

Mike’s professional career began aged sixteen when he was invited to take up the guitar chair with the “National Youth Jazz Orchestra” with which he spent the next three years touring and working with top jazz artists.

After leaving N.Y.J.O. Mike became a very sought after musician, working at the highest level in a variety of areas which included studio sessions, television and films (on soundtracks such as Confetti, or on screen such as Martin Scorsese’s Hugo), West End shows (including Lion King, Les Miserable, Blood Brothers, Mamma Mia, and Sunset Boulevard), live concerts with various artists, and solo performances. Mike now divides his time between playing, teaching and writing music.

Artists worked with include:

Mike says:-
“Learning to play the guitar today is not like learning to play most other instruments. There are a multitude of books/dvds/cds teaching different styles, techniques and approaches, many of which are too difficult for complete beginners. Each student has different requirements so my approach is to identify their objectives and work with them to create a personalised programme for learning. I use a wide selection of carefully selected books and other published teaching materials as well as material created by me to meet the needs of individual students. Making music is fun, so it is important that the learning process is equally enjoyable”.

Karen Akroyd (Head of British Academy of New Music, London) says “Mike demonstrates excellence as a teacher; he is able to understand the needs of the student and differentiate clearly to create individual learning plans for each student. He has patience and sensitivity, but is also able to communicate the importance of self management and practice to his students.”